The Ghosts of Place in the Present

In this blog, John Hitchin shares a vision for making the government’s intangible levelling up agenda a reality, using place-based approaches that bring together government and philanthropic investment with learning, relationships, and ownership.

Ill-defined spectres haunt the land. Some are like things we used to know, but appear to have new and blurry edges. Some are new ghosts, not seen before, but seem like they have the potential to become something important (or they might just disappear). Others are tricksters and sprites that disappear the moment you look at them too hard. The worst spectres are defined by our own fears.

There have been lots of efforts to understand these apparitions, but I think the ghostly nature is the point.

What is levelling up?

I didn’t want to write another piece about how the government is struggling to define levelling up, but each week brings a new version of that horror story. A seemingly well-sourced article in Politico has a range of quotes from across government about how the white paper is going to be late, and probably not that useful.

The RSA has written an excellent piece on the trade-offs that are at the heart of the conundrum of levelling up; economic development, social cohesion, or community power & identity, and a view that government will not acknowledge or choose between the three.

When I read the Politico piece and the RSA piece, I am struck by the fact that it is government watchers who are more concerned with the intellectual integrity of the idea than the government itself.

It’s my view that we will reverse engineer our definition of what levelling up is when we find out about what happens with the Towns Fund and a few other pots of money.

Where is the money?

Right now, government money is disproportionately going on physical infrastructure, despite the rhetoric, and the reasons money is going to one area over another are hard to understand. Centre for London has explored that from a London perspective, and its argument is clear.

In contrast, recent publications and funds such as those from Esmée Fairbairn (see below), the Youth Endowment Fund’s Neighbourhood Fund, and Sport England, and a range of other philanthropically funded work is helping to build a set of principles and practices that are becoming more commonly shared by those of us who are involved in the ‘place’ conversation.

But anyone who is working on place-based change knows that the government money and policy does not connect with philanthropic money – unless perhaps you’re in an area with a very committed local authority or Integrated Care System that has the capacity to knit them together. It can feel like you’re having two separate conversations, or checking out of one entirely. These siloed conversations prevent us from using all the assets of a place to improve it.

How do we weave it together?

The practical challenge, right now, is how to get those worlds – philanthropy and government – to fit together in a way that enables us to achieve social change in places across the country. The government is not going to do it for us. The ghostly nature of their policies is the point. Funders on their own aren’t enough. They don’t have the legitimacy or sufficient financial weight.

So, change is going to have to come from us.

Those of us who believe in the power of place need to articulate the value of focussing on places not just economic regions; involving local people in our decision making so investment goes to what they really need, and investing in longer-term funding and collaborations that can turn a buzz phrase into reality.

That is what we see as Place-based Systemic Change.

In my view, funders – governmental or philanthropic – can help build the capacity to achieve it by supporting the relationships, ownership and leadership, infrastructure, and learning needed. Those of us who believe in place-based, systemic approaches to social change, then need to build a movement ourselves.

That is one reason why we created the place-based systemic change community of practice, a community that is sharing and supporting learning. We’ll be developing the community and other learning partnerships next year. I’m excited to be working with our new Head of Place-Based Systemic Change, Beth Stout, on that and a better future for place-based work in 2022.

Find out more and register your interest in the community of practice. 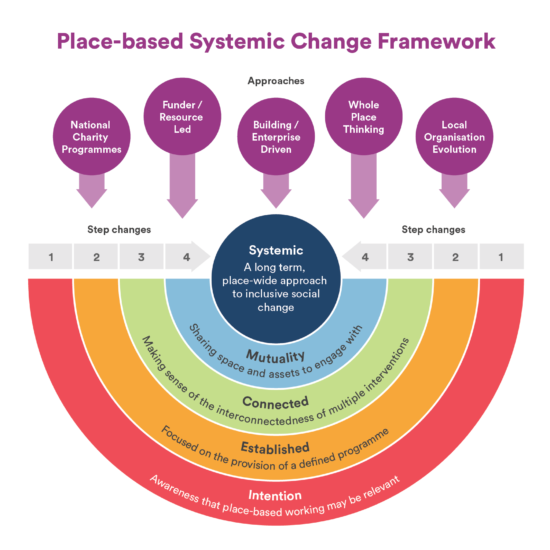 What is Place-Based Change? 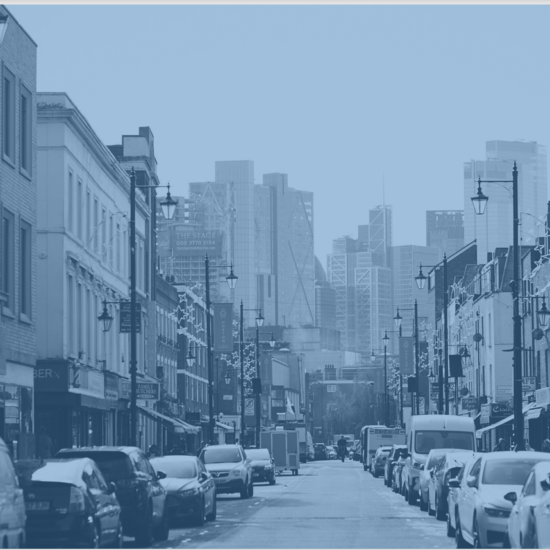 A wishlist for the future of place-based change